A Supernatural Epic for the Ages 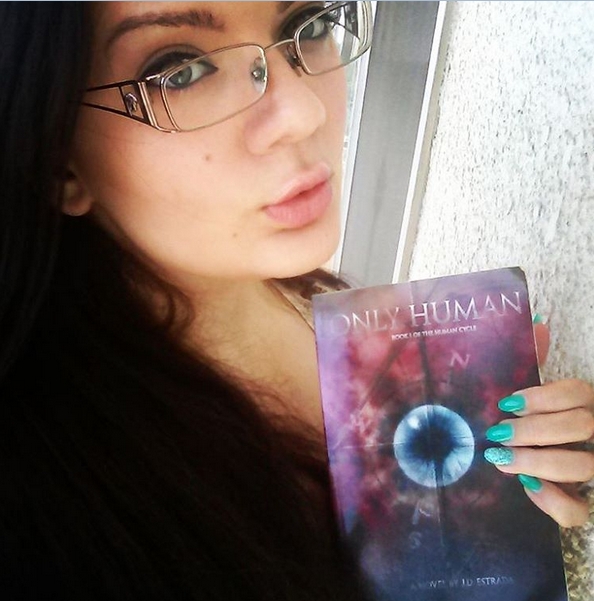 Being only human is an excuse a lot of us fall back on when faced with our own limitations, but J.D. Estrada’s novel Only Human shows us that’s all we truly need to be.
Enter our reluctant hero Nathaniel Runnels, a broke and despondent reporter surviving life instead of living it. While taking the subway, he encounters a stranger who’s been looking for someone just like him. But things are always more than they seem as it turns out the stranger is Daniel, an ancient vampire who is on a quest to align supernatural and mortal forces to save the world.
Nathaniel soon learns that besides vampires being real, so are therians (werewolves), angels, demons, and the plant-like photogeni. In a wild quest that’s like a three-way with Tolkien, Lovecraft, and Carpenter (John, not Karen), this fellowship is almost more than our hero can handle. He has no idea why he’s needed for the journey. After all, these are powerful beings from lore and he’s … well, only human.
However, that is where his strength lies.
And the perseverance of the human spirit stands.
This is J.D. Estrada’s debut novel. Only Human is a crazy ride packed with Easter Eggs from pop culture, religion, mythology, and more. He’s taken global cultural beliefs and put his own spin on everything. With that said, the book does get heavy with exposition to build such a massive world, but that is pretty well a necessity with this series, as yes, this is Book 1. My only other gripe is that there are some minor spelling errors occasionally, but they don’t distract from the story.
In a market that’s saturated with traditional vamps, werewolves, and demons, check out this novel for a fresh and philosophical take. You’ll see a few things differently, even your own value as a fellow human. (And vampire pirates are awesome. Trust me.)
Follow J.D. on his Twitter, Blog, YouTube, and Google+!
Purchase Only Human here on Amazon!
Thanks and take care, all!
Larysia
Posted by Larysia at 17:33