Pet peeves.
Things that drive us nuts.
We all have them.
Since taking writing seriously, I’ve acquired some dedicated specifically to the craft. I acknowledge that writing is difficult sometimes. Occasionally we don’t feel motivated, inspired, or are just plain stuck and suffering from writer’s block. I personally see that as part of the experience and thus, not so much an annoyance, but something writers have to learn to overcome through continuous trial. It’s a challenge. A measure of perseverance against our own nature. So, that said, my true beef isn’t with the craft itself, but rather the networking side of writing.
Now, don’t get me wrong. I’ve encountered amazing, talented writers who have been nothing but supportive. A handful will be listed below with details and links to their blog. However, what I am referring to is more of the toxic or unprofessional aspects of networking.
Here we go!
This is rightly first on my list.


We all know someone who has been brainstorming notes for their debut magnum opus for years. They haven’t gone past scribbles in a notebook they take to Starbucks. They never try harder than telling everyone about their great ideas. They don’t even attempt to get themselves involved in the writing community (online or otherwise). Simply put, they expect people to acknowledge their alleged brilliance without having put in any work.


I get that at some point we’re all aspiring. We have to start somewhere. I also realize some people merely write for hobby. However, my issue is with writers who want to be taken seriously. People who want us to open our pockets for them one day and buy their work. Thankfully, talk is cheap. So cheap it’s worthless.


I am a firm believer in surrounding yourself with motivated, like-minded individuals who want to succeed. Those are the kind of people who will inspire and challenge you. Unfortunately, wannabes tend to be stuck in an ambitionless rut and are best to steer clear from until they decide it’s time to actually write.


Everyone has gotten these. Someone follows you, you follow them, and minutes later you’re sent a cold message about buying their book, connecting with them on other social media, and in rare cases, offering to 5-Star your book on Amazon if you 5-Star theirs!
I find these to be thoroughly obnoxious and in the latter example, disgustingly unprofessional.


When I get an automatic direct message, I block the user. I don’t want spam. Nor do I want to interact with a bot.


I only buy books from authors on Twitter if I’ve scoped out their work, interacted positively with them, and if they haven’t pushed their novel on me. Online, I want to get to know an author before I buy their work. I hate to say it, but that’s because some self-published authors aren’t selling quality work like the aforementioned Author McFiveStar. (That said, I do question how some authors have gotten traditionally published, as well.)


I understand that authors are busy. I get that writers can be socially awkward. However, if you’re not willing to put in the time, effort, and commitment to putting yourself out there, you won’t have much success with an online platform. Readers want to interact with genuine authors. Otherwise, what’s the point?


This one makes me cringe.


From my old fanfiction days to now, there’s always someone who asks for me to critique their work and doesn’t take it well when I’m anything less than wild over it.


I give constructive criticism. The kind where I take into consideration someone’s attachment to their work, being sure to mention all the positives, and then where I have my concerns and what can potentially be done to improve upon them. I know my opinion isn’t the end-all and be-all. But chances are, they respect it in some way because they wanted to hear it in the first place. So when people become upset with me, I regret wasting my time.


Writing has to be held to a standard. As a writer, if I have concerns with the work of my peers, I will tell them. We must elevate each other’s work, not hide behind niceties because we’re scared to burst someone’s bubble.


If you’re approaching other authors for an ego stroke, don’t come to me. I have better parlour tricks than blowing smoke up someone’s arse. Only come to me (or anyone else, for that matter) humble and ready to accept more work may potentially be ahead of you. After all, every day we should work hard to become better at what we do, no matter what level we’re at.
After all that venting, I can finally do some praising! Check out these folks below if you’re interested in checking out some fantastic authors and good people. 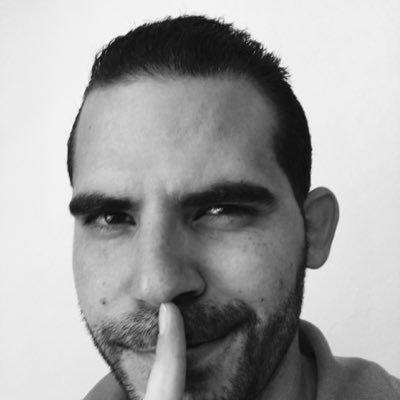 J.D. Estrada is one of the most hardest-working and interactive self-published authors I’ve encountered. His urban fantasy series, The Human Cycle, features vampires, werewolves, demons, angels, and more on a quest to save the world with the human protagonist, Nathaniel Runnels. But he has more than just novels under his belt! J.D. has a great variety of content including poetry, YouTube videos, and of course, blog posts. Check out his blog For writing out loud. 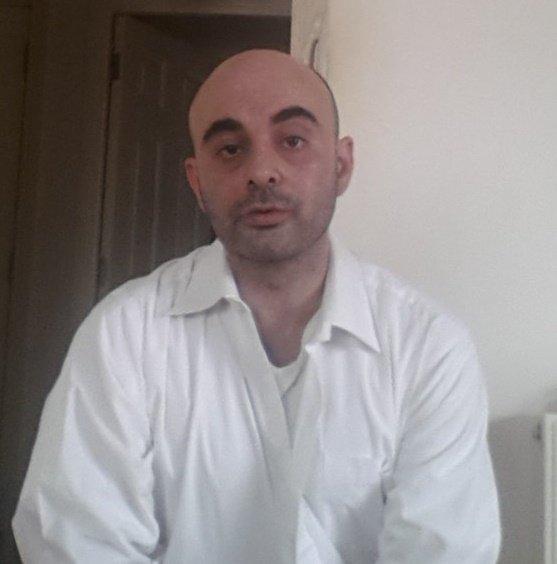 “The story that cheerfully breaks the rules and gets away with it.”
“Thanks to the skill of this storyteller—who concocts a delicious blend of mystery and history—we are blown away by the premise and the structure. A delight to read from beginning to end.”
“One of the best opening lines I’ve read.”
“Brilliant comic timing!”
Dialogue that shows “remarkable command over the spoken word.”
“… a light touch to leave the reader both pensive and thoroughly entertained.”

People who should know better have said these things about the work of Dublin-based writer Richard Gibney, who compiled these quotes for this bio on Larysia’s blog all by hisself. Also an editor, he’s keen to work with fellow creatives in this area, rather than the mind-numbing assembly-line stuff he often has to otherwise churn out. He’s currently seeking an agent for his novel The Quantum Eavesdropper, and he hopes to publish a short story collection, Fade to Black, in the near future. Read his blog Ragtag giggagon! 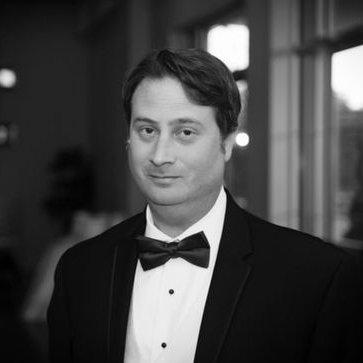 Eric Syrdal is a wordsmith unlike any other. This Poetic Planeswalker hails from Louisiana and is a proud geek, playing D&D, Magic the Gathering, and plenty of videogames. Read his work to be taken to another time and place. And, if you’re a writer, be prepared to be jealous when it comes to his word choice and achingly beautiful romanticism. Truly, he’s one of my inspirations when it comes to poetry. Have a look at his blog to don My Sword and Shield! 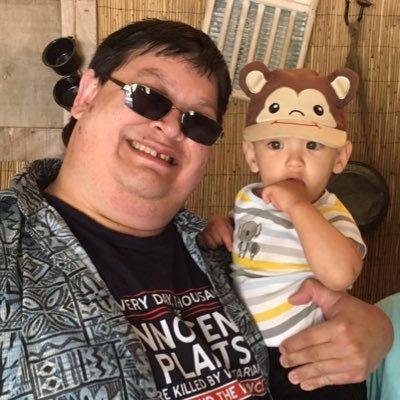 California resident Stephen Cleath is newer to Twitter, but has had made quite the impact with his sincerity, enthusiasm, and imaginative flashfiction. Highly introverted and empathic, he’s a sensitive and creative soul (who would like a red panda as a pet). A Whovian, Browncoat, Wizard, and most importantly, a proud uncle, Stephen has many titles he adores. Read his blog An insatiable reader ... 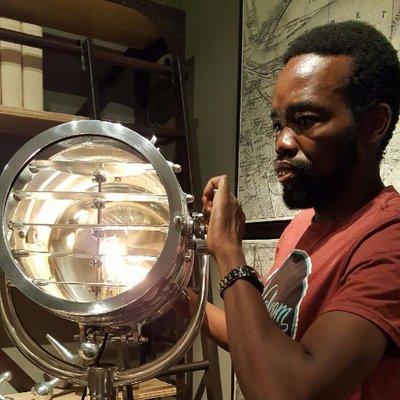 If you live in Edmonton, chances are you know Azeez Ahmed. This social butterfly is an aspiring indie screenwriter and filmmaker. His favourite directors are Christopher Nolan, Alfred Hitchcock, Martin Scorcece, and Matthew Vaughn. Azeez’s also a fiend with words, doing anything from writing exquisite poems to spitting rhymes. Breaking into the Twitter scene as of late, he’s getting into the groove of social networking and would love to interact with everyone! Check out his blog and board The Eh Train!
Thanks and take care, everyone!
Larysia
Posted by Larysia at 21:14